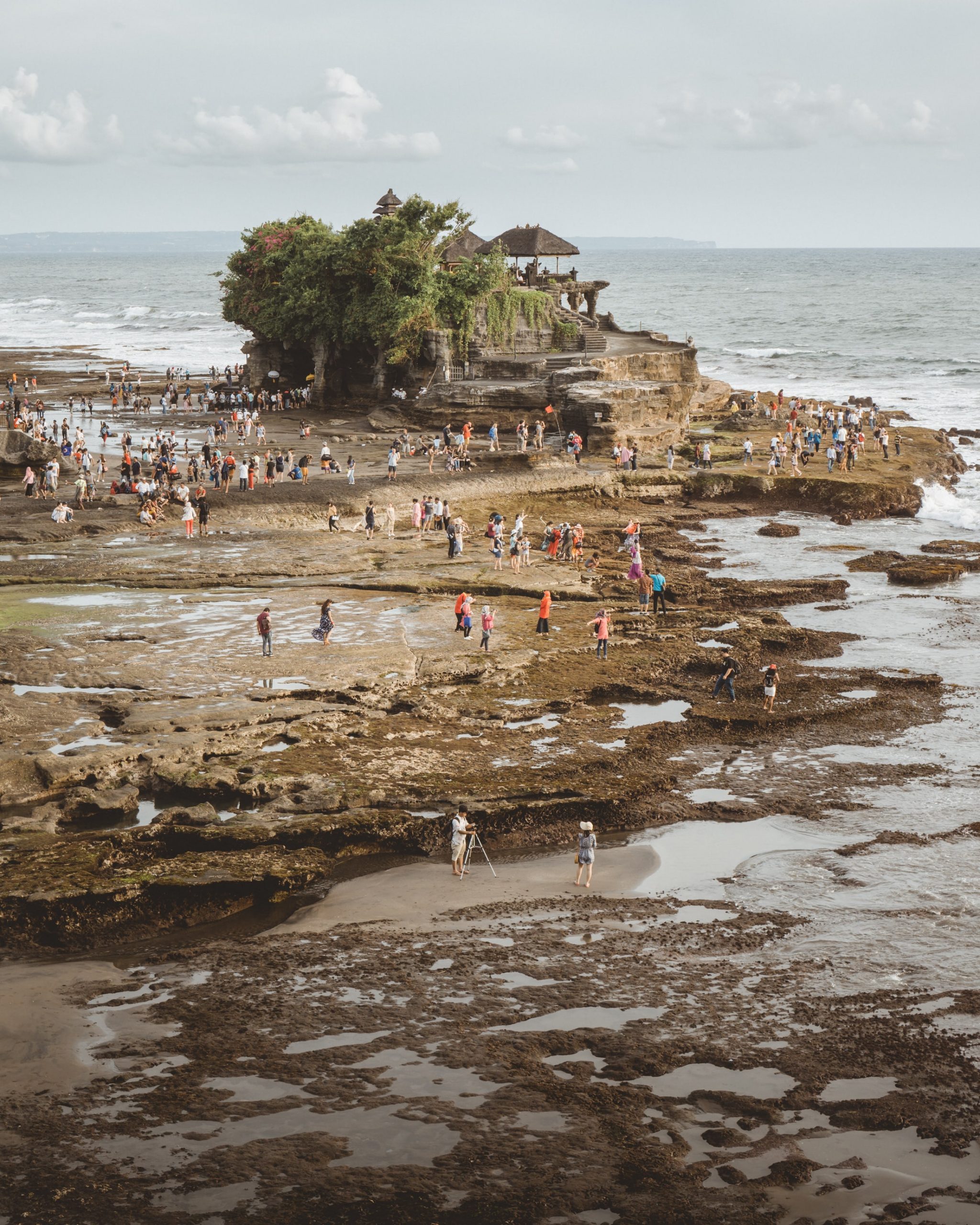 Sea level rise: The effects on the seaside

Planet water: How does the sea level rise impact humans? 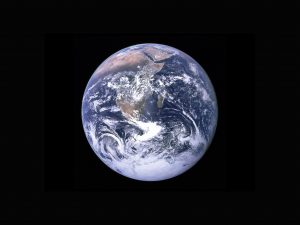 The sea is the salt water body that covers the earth. It covers around 70% of the earth’s surface and contains 97% of its water. The other 30% of earth’s surface is ice & land, and other 3% of earth’s water is in the atmosphere or in the land as rivers, lakes, and aquifers. There’s a lot of technical data for the sea’s classification. From dividing it in the seven different seas, classifying its currents, knowing its layers from the sea floor up to the surface, and even mapping the tides that come and go into the shoreline. In general terms, the sea is constantly moving due to wind, temperature, moon, and the earth’s rotation. This constant movement causes the tides, swell, sea level, and currents to change, all natural processes of the earth. These constant changes, although natural to earth’s natural ways, have seen an aggravation from the global climate change effects, particularly, rising sea levels. The focus of this piece: sea level rise impact.

Why is the sea rising?

The effect of sea level rising is caused primarily to factors of global warming. In specific, the melting ice sheets and the expansion of warm water cause the sea level to rise. The impacts of this rise are erosion of beaches, deltas, marsh and wetland flooding, and increased salinity. In simple terms this means that the nice long strips of beaches are not going to be here for much longer. The areas where salt water and freshwater meet are changing because of saltwater intrusion, so those habitats will be lost. An increase in salinity also means that some freshwater aquifers will be lost, meaning that some our potable water will be unusable. Seems that there are a lot of problems to tackle, but let’s narrow it down a little bit more. Let’s focus on beach erosion. 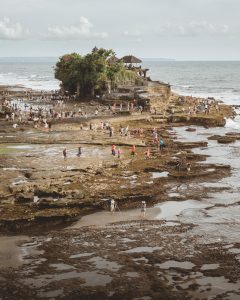 What is beach erosion?

The erosion of beaches is a concept where the sand is pulled away by ocean currents and waves. Beaches tend to have a cycle of deposition and erosion, but since the constant climate changes, the erosion periods are severe and the sand is not later deposited back on the beach. Situations like these, where there is severe erosion, arise after a hurricane or strong storm where the sea patterns are altered because of the weather system. There are efforts to try and mitigate such effects like the implementation of barriers along the coast. Nonetheless, this is just a small band aid on a huge tear that needs stitching. The occurring climate change aggravate the weather systems and alter the natural occurring patterns. Therefore, they will continue to be even more severe unless we tackle the real problem, climate change. This means that our band aid efforts won’t really do much of a difference. Structures located along the coastline are seeing these effects where even big mitigation efforts are not enough to stop the coastal erosion. 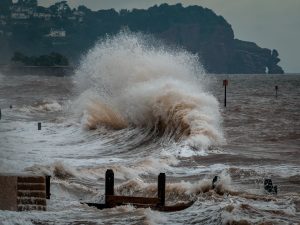 For some reason, humanity began to construct buildings alongside the shoreline. Despite the best efforts to protect the sea-line, we would construct just outside the legal boundary from the shoreline. With sea level rise and coastal erosion, the established shoreline is now making its way inland. The surrounding of where the structure was situated are now being eroded and the building foundation is being weakened by the impact of waves and metal is rusting. Human efforts try to patch up this effect by implementing barriers for the waves. But the sea’s force is too strong for this and continues its way inland and onto the structures. This, in turn, makes the structures unsafe for human use. Even to the point where the building collapses. When the structure is deemed unsafe, thousands of families are left without a home and in need to search for a new one. Also, there is a standing, or collapsed, structure that has to be cleared out and deemed unsafe, and being left as rubble on the sea. Add the debris in the water and the sea life deteriorates. Which means unhealthier coral reefs, and mangroves that act as a barrier for waves. Let’s think about that for a minute… Construction on the shoreline takes place, coral reefs and mangroves are nature’s barrier, sea level rises, unnatural barriers are implemented, sea level keeps rising, buildings are left as rubble, the natural barriers are negatively affected, and then the sea level rises more.  It seems that our own actions are causing our demise. Worry not, as there are ways, we can start building for a future that is in harmony with natures patterns. 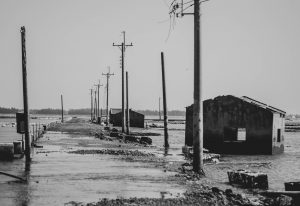 Are there any solutions to rising sea levels?

Before diving into the solutions, let’s get one thing clear. The first step towards solving a problem is recognizing that the problem exists. Therefore, we must recognize that our actions are impacting the climate around us. The way we live today is changing the climate which, in turn, is harming our ways of living. After we recognize that fact, then we can start by changing our ways of living. One of the ways we can slow down the sea level rise impact is with natural barriers. The same beaches and sand dunes act as a natural barrier for waves. Therefore, the preservation and enjoyment of beaches must be on the top of our list. This means no beach clubs on the shoreline, not beachfront hotels, and no houses with the sea as a backyard. Another way to mitigate the effects of sea level rise is to restore our coastal ecosystems. Barrier islands, coral reefs, mangroves, seagrass, and salt marshes work in unison as a natural barrier. Because of their intrinsic value, it’s important for us to preserve those natural barriers, and even make an effort to restore them. This effort comes from reducing our water pollution, volunteering on cleanups, helping NGOs with restoration projects, and even informing ourselves and the community with of the existence of these resources. Alongside our efforts, it’s important to cultivate patience and inform our future generations of these efforts. This is because a natural system takes years to develop. Therefore, efforts to restore beaches, mangroves, coral reefs, etc. will take a long time to recover. For some context, coral reefs can grow 0.4-4 inches in a year. To have a healthy system would take decades to even see a minuscule change in the coral reef’s health.

To help with sea level rise, we would have to get into why the level is rising in the first place. So, then we would have to address the melting of the ice & warming of the water. Both of them have to do with the global warming effect of climate change. It becomes evident that engaging in ways that help with climate change are to be the solution for these problems. There are a lot of ways to do this. In general terms, the reduction of carbon footprint, eliminating waste production, and renewable energy sources. It’s your homework to go on the internet and google those solutions that are in tune with your lifestyle. Please have patience. It will take quite some time, but we will get to a point where we can live in harmony with our surroundings, as our survival as a species depends on it. 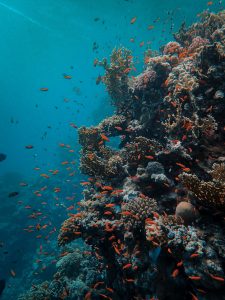 The planet earth’s surface is ironically made up of 70% water. The sea is what covers this water surface and it’s a vast, dynamic, and powerful entity. Due to today’s climate change, the level of that sea is rising and causing erosion on the coasts. That erosion is then causing damage to human construction efforts. This damage then ends up having debris, that damage the natural barriers that were once helping with sea level rise. So, a note must be added that our actions are really destroying us. Nonetheless, no hope is lost. We would have to recognize the natural processes that help those barriers thrive and help ourselves by restoring those ecosystems. It will take time for those ecosystems to thrive again, since their growth is very slow. But I believe we can get to a point where we can live in harmony with our surroundings.

PrevPREVIOUS ARTICLESForests, the solution to all of our problems
NEXT ARTICLEPlastic here, there… everywhere!Next